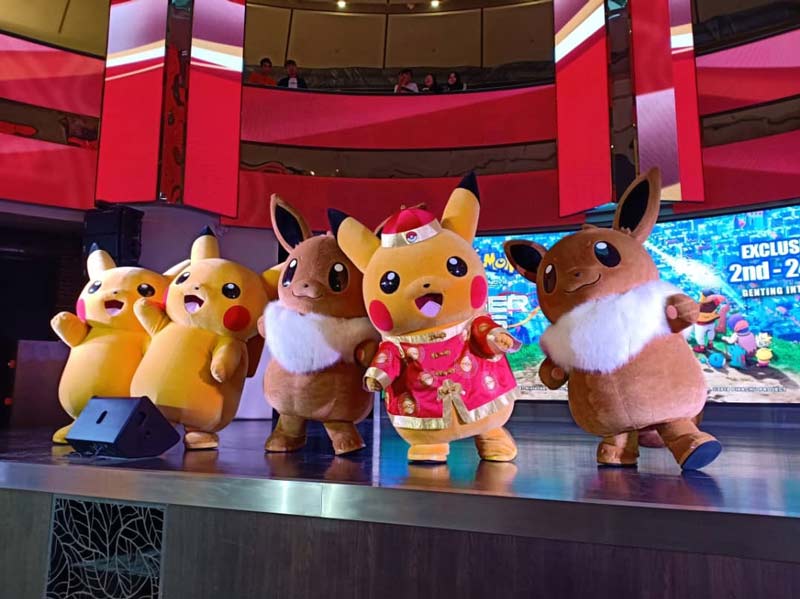 The exclusive film screening is part of the ongoing Pokémon Festival

Genting Highlands, 25th January 2019 – The wait for Pokémon fans is over. The 21st Pokémon movie – titled Pokémon The Movie: The Power of Us – will make its debut in Malaysia at Resorts World Genting on this February. In conjunction with the resort’s ongoing Pokémon Festival, the exclusive screening of the animated movie is yet another reason for fans of Pokémon to make a trip up the mountain for a Pokémon-themed extravaganza.

Set in Fula City, the 93-minute film features the iconic legendary Pokémon Lugia, the latest mythical Pokémon Zeraora and the star of the Pokémon anime Ash Ketchum and his trusty sidekick Pikachu. Centred on the annual Wind Festival in the city, the movie chronicles the adventures of several characters – including a young athlete, a compulsive liar, a shy researcher, an anti-social old woman and a little girl with a big secret – as they work together to save the festival from being derailed. Pokémon The Movie: The Power of Us premiered in Japan in July 13, 2018 and now arrives in Malaysia for the first time at the Genting International Showroom from 2-24 February, 2019.

But beyond the movie, there is also a plethora of Pokémon-themed activities to indulge as part of the first Resorts World Genting Pokémon Festival. Seek and snap photos with 32 life-sized Pokémon figurines placed all over SkyAvenue mall, frolic with a 6-metre inflatable Pikachu at Pikachu Land at Skytropolis Funland, become your very own Poké Ranger with the Pokémon Trainer Programme, bounce around in the Pokémon Inflatable Challenge at the Arena of Stars Courtyard or shop for memorabilia at Malaysia’s first official Pokémon Pop-Up Store. And in keeping with the season, special Chinese New Year-themed Pikachu Parade and Pikachu Dance performances will be held at the Times Square stage in SkyAvenue daily.

Tickets for the English-language film are now on sale. Pricing is RM20 (VIP) which includes a photo opportunity with the Pokémon mascots and RM12 (PS1), inclusive of the RM3 (VIP) and RM2 (PS1) processing fee, with daily shows at 8pm from 2-24 February, 2019. Afternoon matinée shows at 4.30pm are also available from 5-17 February and 22-24 February.